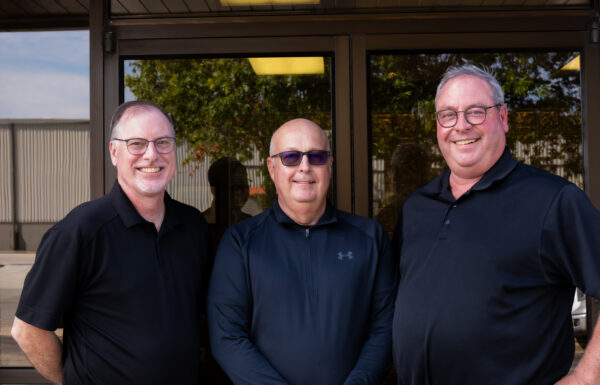 Lenexa, Kan. — A local manufacturers’ representative company within the HVAC industry has transitioned ownership effective Sept. 30, bringing decades of experience to a business with more than 70 years of history in Kansas and Missouri.

Jorban-Riscoe, LLC — formerly Jorban-Riscoe & Associates, Inc. — has passed from prior ownership into the hands of Kevin Harre (CEO), Kurt Harre (COO) and Mike Lorenz (President). The former owners, Mark and Joe Riscoe, took over company ownership in 1975 and 1979 (respectively) from founder Herman Jorban, who launched the HVAC representative business in 1947.

The new owners bring several years of industry experience to their roles, most of which has been home-grown in leadership positions within the company. The Harres have worked within Jorban-Riscoe for more than 30 years each, while Lorenz has worked at the company 11 years following 25 years as a principal at another engineering firm.

“We supplied HVAC equipment to the Aspiria campus in 1997, and now we’re updating and replacing the same equipment at the end of its useful life, more than 20 years later,” Kevin said. “That’s proof of the integrity of our product offering as well as the importance we place in maintaining our partnerships.”

Going forward, the new owners hope to expand their territorial reach as well as their service offerings to provide better service to customers while promoting a bright future and plan of succession for Jorban-Riscoe. A new leadership team will be introduced by the end of the year, including the addition of a crucial sales leadership hire. Other goals include enhancing company culture and client satisfaction.

“While the transition is exciting and brings with it a new era of growth, we first and foremost want to focus on our wonderful team,” Kevin said. “It’s their commitment to service, company values and client relationships that have given Jorban-Riscoe our reputation for integrity and quality service. We also want to give heartfelt thanks to our fantastic clients and manufacturing partners, and we look forward to continuing to work alongside themand our team as we embark on this next chapter of Jorban-Riscoe’s story.” 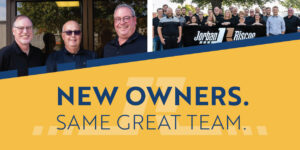 Founded in 1947, Jorban-Riscoe has provided HVAC product management, manufacturing representation and distribution services for nearly 75 years throughout Kansas and western Missouri. Its experienced team offers application engineering, sizing, selection and budgeting for a wide range of HVACproducts across a variety of facility types. Jorban-Riscoe follows values of commitment, teamwork and integrity to deliver an unparalleled customer experience for clients and partners. Learn more at jorban-riscoe.com.